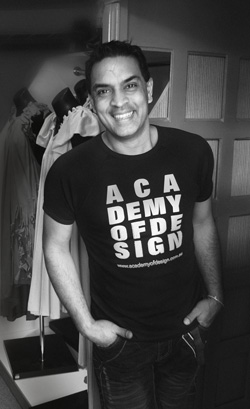 Rycki Symons – Director of the Academy of Design

Rycki plays a role in both administration and training and is a passionate and highly driven individual. Rycki comes with 27 years experience in the photography, fashion, graphic arts, multimedia industries.

He worked at Brian Rochford as a fashion designer and later went on to be involved in photography, advertising and the role of parade coordinator for the company.

During his studies in Sydney, he won many industry based awards such as the Dupont Lycra awards, Winner of Harlequin textiles award, Winner of ‘Frantic’ leather award, designed costumes for the mini-series ‘Return To Eden’ and coordinated the ‘Fashion Spectacular’ – on tour.

He has also worked as a freelance Fashion Illustrator in Sydney for companies such as Martin and Savage. With his professional work as a Fashion Illustrator he has illustrated endangered animals for a textiles collection for the label ‘Sacred Fish’ and created work for Capital F magazine.

Rycki then moved to Queensland from Sydney, where he ran his own label and freelanced as both a designer and graphic artist. In 1990 he won the ‘Daywear’ and ‘Activewear’ categories at the Gold Coast Fashion Awards and went on to win the Supreme Award that year.

Rycki was then employed by a Gold Coast based company as head designer. He went on to design corporate uniforms for companies such the Marriot Resort and Royal Pines Resort. His graphic arts extended into designing for three theme parks: Movie World, Sea World and Dreamworld for their retail sale ranges. In 1993 Rycki won three International SGIA awards for his graphic designs and prints in Singapore. In 1994 he won the Gold Coast Bulletin – Shirt Design at the Gold Coast Fashion Awards with a digital print process that was considered highly innovative in the market.

That led to freelance designing many of the jerseys for AFL teams from around the country for the sports company ‘Sabre’. He designed uniforms and promotional clothing for the inaugural Gold Coast Indy and two following years . He also designed uniforms for V8 car race teams such as Supercheap Autos and Dick Johnson Racing and has been lucky enough to be invited to pit crew at Calder Park in Melbourne and at Gold Coast Indy.

Rycki was an integral part of the design process and bid for the uniforms for the 2001 Goodwill Games held in Brisbane, which the company won and successfully designed and manufactured.

Studio 13 also operated as a grading and CAD production bureau for many Gold Coast manufacturers. Studio 13 extended its wings into pre-press / magazines.

Rycki was able to follow another area of passion in Photography. He studied photography many years before and built up an impressive portfolio of fashion shoots. He worked as in-house Fashion Photographer for ‘Ugly People Modelling Agency’ (shooting model portfolios and advertising campaigns) and worked commercially on the Gold Coast for many years as a wedding photographer and portrait photographer. He went on to shoot all the fashion and editorial shoots spreads for edition 1 – Studio 13 magazine and used his skill in graphics arts to do all the pre-press designing and magazine layout.

Rycki taught at the KVB Institute at Bond University in Design, Fashion Illustration and Production Processes. He taught there for over two years and his vision grew in education while at Bond university. He went on to create and open the Academy of Design in 2002.

Rycki closed Studio 13 in 2008 to concentrate on the enormous success and growth of the Academy of Design. The college started with fashion design and very quickly expanded into photography and makeup. A natural progression followed, and as the college grew the demand for additional scope grew as well. The market showed that a specialist college in the creative industries was a huge gap – and this followed soon with the introduction of graphic arts, screen & media, interior design & fashion styling.

Rycki supported industry based work such as Event Co-ordinator for the 2007 Gold Coast Fashion Week, began external lecturing and continued with select photographic & fashion clients. He has also become a motivational speaker and is often invited to be on judging panels and as guest lecturer as an expert in the fashion industry. In 2012 Rycki won three categories in the Australian Wool awards in Menswear, Race wear and workwear. Rycki recently won 2nd Place in Bridal wear and received a Highly Commended for Race wear – at the 2013 Australian Wool Awards.

In recent years the Academy has expanded into the health sciences such as beauty therapy & massage. This extension again was a demand that presented itself within the local market.

His main focus now, is to keep the Academy of Design as the leader in its field of creative studies. His main goals are to develop training curriculum thats is both current and leads the market in Creative & Health Science industry Education.

Cindy comes to the Academy of Design with invaluable experience within the Vocational Education and Training Industry.

Starting out in the Education forum in her 20’s as a lecturer within the Applied Sciences Industries in both Brisbane and on the Gold Coast within the Public and Private Sectors, Cindy gained invaluable insight into the Government regulations and requirements for Registered training Organizations from a delivery viewpoint and gathered an extraordinary amount of AQTF expertise relating to Educational Compliance.

Wanting to follow the natural progression of her career in Education Cindy pursued an enormous amount of extra curricular study and unique job placement opportunities and on-field case analysis to further quell her need to fall into a management roll within the jurisdiction of Compliance, HR and Student Liason within her chosen field, the Creative Industry.

Cindy coordinates academic related information and processes to support fidelity of implementation of curriculum and instruction initiatives in her current role as the Academic Coordinator at The Academy of Design and recommends options to improve the instructional strength of the campus and the academic performance of students.

Rebecca comes to the Academy with experience in managing student records and academic information. She plays an important role in maintaining  both Academic & administrational information with a role in data management and integrity. She also oversees the student attendance, enrolment information, updating of all records  on the student management system.

This website uses cookies to improve your experience while you navigate through the website. Out of these, the cookies that are categorized as necessary are stored on your browser as they are essential for the working of basic functionalities of the website. We also use third-party cookies that help us analyze and understand how you use this website. These cookies will be stored in your browser only with your consent. You also have the option to opt-out of these cookies. But opting out of some of these cookies may affect your browsing experience.
Necessary Always Enabled
Necessary cookies are absolutely essential for the website to function properly. This category only includes cookies that ensures basic functionalities and security features of the website. These cookies do not store any personal information.
Non-necessary
Any cookies that may not be particularly necessary for the website to function and is used specifically to collect user personal data via analytics, ads, other embedded contents are termed as non-necessary cookies. It is mandatory to procure user consent prior to running these cookies on your website.
SAVE & ACCEPT